There is a lot of good documentation for how to configure authentication and authorization in an ASP.NET Core app. If you want to set up a secure application using the out-of-the-box components, Microsoft have you covered.

However, if you are faced with a not-so-standard scenario, it can get a bit hairier.

I was working on some software recently that is migrating to ASP.NET Core. It uses the new hosting infrastructure ASP.NET Core provides, and middleware, and at the end of the request pipeline either routes to new ASP.NET Core controllers, or if no routes match, lets legacy handlers have their turn at the request.

Authentication in ASP.NET generally has one job: work with the user to socilict and validate credentials, and upon successful completion of this process establish a Principal that the rest of the application can work with through the lifecycle of a request, made available through HttpContext.User. This particular concept isn’t new to ASP.NET Core - ASP.NET (and other .NET based frameworks) have done it or similar things for a very long time

I thought this would be reasonably simple. A small amount of reading lead me to set up our controller endpoints with the RequireAuthorization endpoint metadata, which applies the Default Authorization Policy to the configured routes.

The default authorization policy has a single requirement DenyAnonymousAuthorizationRequirement, which simply enforces that the incoming request’s User is not anonymous, and has been authenticated.

I also make sure to set up the required authorization services in the service configuration.

Note that there are three distinct components here.

Cool, with all of that in place, we should be successfully inspecting and authorizing whatever principal has been assigned to our HttpContext by our custom authentication middleware, right? 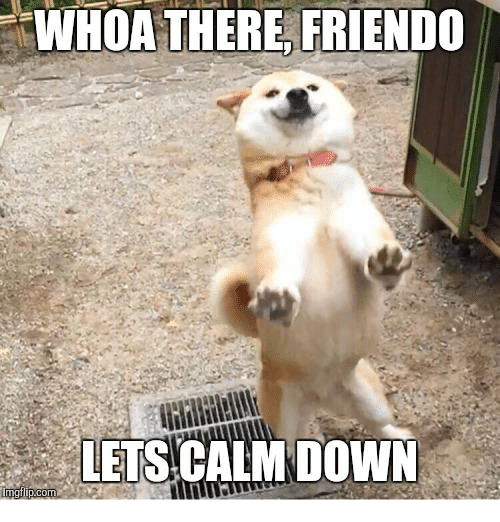 Down The Rabbit Hole

So I fire up the web server, and Postman, and shoot a request at a Hello World type endpoint without any type of information to authenticate the request. And it doesn’t reach the endpoint!

What on earth? I’m expecting 401 Unauthorized - we haven’t met the policy requirements, so we should be returning an unauthorized response.

Queue re-reading the documentation, StackOverflow, and a bunch of blog posts n* times. None of these adequately explain the behaviour I am seeing - almost all of of them focus on the ‘happy path’ of configuring out-of-the-box behaviour, and not mixing custom and out-of-the-box bits.

The only way I’m going to discover why the innards of the ASP.NET Core authorization code isn’t returning what I expect is by reading the code. Now one way to do that would be to head to Github since ASP.NET Core is open source. But let’s face it, that’s digging for a needle in a very large haystack, and no one got time for that.

What I really want to do is to debug the ASP.NET Core code as it processes my request. That’s actually really easy to do thanks to the magic of two things: 1) Decompilation, and 2) Symbol Servers. I’m using Rider, but the same feat is accomplishable with Visual Studio with Resharper (for decompilation goodness).

The first thing I want to do is add the appropriate symbol source, so that when I have decompiled code open, my debugger can step through it. So Ctrl + Alt + S gets me my settings window in Rider, and searching for symbols finds me the settings page I am looking for under Tools > External Symbols. You want to add https://msdl.microsoft.com/download/symbols to your list of Symbol servers.

Next, I want to crack open the entry point for where I want to start debugging. This is going to be the AuthorizationMiddleware class from ASP.NET Core. In Rider (or Resharper) I can Ctrl + T (because I don’t use IntelliJ binding’s like some sort of caveman) and search for that type, and it will come up in the list.

With this set up, I can Alt+F5 (or just F5 if you are in VS) and start stepping through ASP.NET Core code locally.

Stepping through the code, I could see the default authorization policy, once evaluated, would result in Challenged. This doesn’t mean it struggled to figure out an answer 🥁. What it means is it wants to return a challenge back to the user - they did not meet the policies requirements. In this case the requirements are simply that the user is not anonymous.

This is the problem.

By default, UseAuthorization relies on you also using AddAuthentication and providing a scheme so that the resolved AuthenticationService knows what sort of challenge to issue. If not, it will throw an exception. And if you are unlucky like me, you may be set up in such a way that the exception gets swallowed by another rogue piece of middleware, and you may end up with a 200 OK instead.

I’ve opted for a simple solution. I’ll register a custom IAuthenticationService that only does one thing - when asked for a challenge, sets the response code to 401, and returns. It looks a bit like this:

This will return a 401 without caring about schemes as soon as an authorization policy fails.